Jump to the top of the city to see fireworks! Each level represents each year in this decade. Learn to use fireworks to your advantage and make as many jump combos as you can.

Everytime you double jump you shoot a projectile. When that projectile hits enemy it resets your double jump and you can do it again.

This game was made for Mini Jam 44 in 72 hours. The theme was New Year. Restrictions to this game was to use only 3 inputs.

Every signle asstet (graphics, music, etc.) was made by me.

Edit: Updated that bullets don't spawn randomly but on centre of the player and changed the hitbox a bit.

This game is super fun to try and speedrun.

I beat it... Holy crap that was so difficult...

Really excellent. Very well done for the jam, you should be very proud.

This game was incredibly frustrating, but it's also incredibly addictive. I'm not sure I agree with a lot of the level design decisions, but the core gameplay is so tight and polished, it's fantastic. It's very Super Meat Boy-esque in its polish and rock-solid game feel while being incredibly hard and frustrating. Not quite to that same quality level, of course, but this is a game jam game so it's all the more impressive.

The minimalistic graphics are wonderful. Very lovely, I loved the noised-out walls especially. Very very polished. Sounds and music are good too, though annoying after too much time. I muted them periodically.

I do think the levels were far too long, and the difficulty curve was out of whack. The levels had a huge dip in difficulty when the blocks that can be bounced on infinite times were introduced, and I was just left wondering why they weren't the first kind introduced. The initial blocks that get destroyed on bounce are very difficult, and can lock you into a soft fail state where you have to kill yourself because you can't progress anymore which sucks. It was really frustrating dying by bumping my head traveling upwards when I couldn't see what was coming or really control the timing. Being sent all the way back to the beginning after each death in such long and difficult levels felt so bad and so crushing. Hard to feel like you're making progress. I think dividing the levels up into smaller chunks would help but I get what you were doing with the year theming per level.

I don't think the types of blocks introduced are incredibly interesting and I feel like there's more that could be done with the mechanic, but it's a game jam game. I'd love to see some more intriguing mechanics added to the level design toolkit to make more interesting levels. Off the top of my head an easy add would be blocks that are linked to each other, two similar types of blocks/dotted-line spaces for blocks, where when you bounce on one type, they disappear and the opposite pair type appears, and vice versa. Like those Mario 3D World blocks. That's not the most imaginative or innovative, but even something as simple as that could really spice up the levels, I feel.

I do think the game bugged out sometimes not recognizing that I had my jump refilled Rarely that would happen where I shot a block (close on-screen), bounced up, but wouldn't get my jump back. Maybe it just felt that way, but IDK it really seemed like a bug.

This game is such a triumph. Fantastic game jam game. Very high-quality, high in content, really simple but polished to all hell. Great game feel. Just wonderful work. Congratulations on this. You've definitely earned a follow from me! 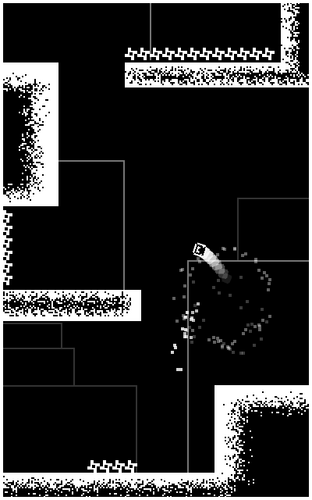 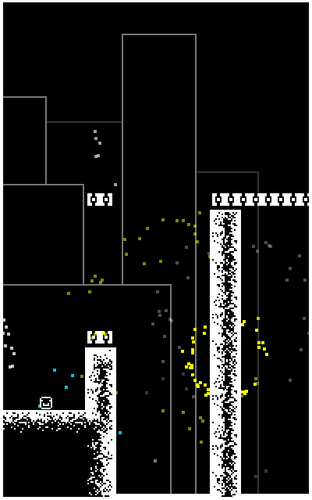 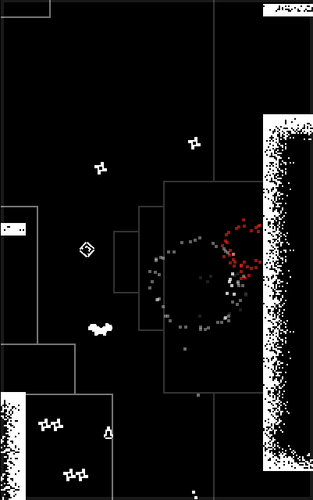 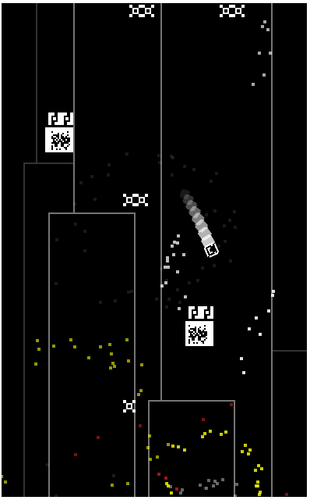